No Obama, 99.9% of Muslims Are Not Peace Loving

It's true that an overwhelming number of Muslims in the US mostly don't support violence "in defense of Islam from it's enemies" --whatever that means. Still 8% say yes or maybe. That's not 1% or 0.1% as the President insists. But overseas, it's an entirely different matter. There are substantial minorities in support of violence for Islamic causes.
Although Muslims in the US, in general, are overwhelming against violence, there is an alarming number of young Muslims (26%) in the US that believe violence is justified in defense of Islam. So it shouldn't be a complete surprise about Mohammad Abdulazeez, a young US Muslim, shot 4 military personnel in Chattanooga, Tennessee. I'm not hearing a defense of Islam from our Muslim-apologist-in-chief?? "Crickets...." 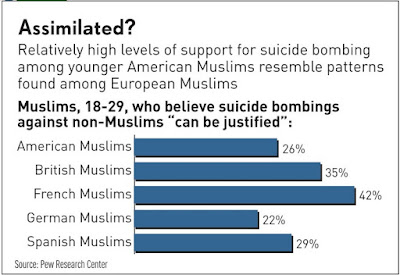 Overseas is where the heart of darkness of Islamic evil exists.  More data from Pew Research Center showing substantial minorities or persons who support suicide bombings. 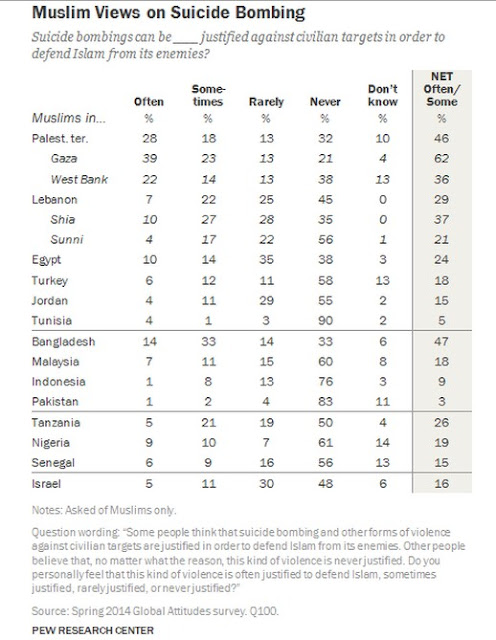