"Antarctica, home to the coldest place on Earth, experienced a worrying heat wave earlier in February, possibly even setting a record high temperature for the normally frigid continent. A NASA satellite has taken stock of what that heat meant to the local ice cap and glaciers.

NASA's Earth Observatory released two images from the agency's Landsat 8 satellite. They highlight dramatic changes in the ice and snow along the northern tip of the Antarctic peninsula.

"I haven't seen melt ponds develop this quickly in Antarctica," said Mauri Pelto, a glaciologist at Nichols College in Massachusetts, in a NASA post on Friday.

Eagle Island isn't far from Argentina's Esperanza research base where a record high temperature was logged.

A World Meteorological Organization committee is working to verify the record temperature reading, but the results of the warm spell are easy to spot in the satellite views. The heat wave liquefied around 20% of Eagle Island's seasonal snow accumulation in a matter of days.

The heat and related meltwater formation is part of a pattern. "If you think about this one event in February, it isn't that significant," said Pelto. "It's more significant that these events are coming more frequently."

The Truth of So-Called Antarctic "Melting"

Even on Eagle Island, there are only two months in the year where the daily highs reach above freezing. Even in the warmest months, daily lows are well below freezing.  Esperanza Base, located in the northernmost and warmest part of Antarctica, at the tip of the Antarctic Peninsula (Eagle Island), at a latitude of 63 ° south, the temperature is even higher, in fact, the daily average ranges from a low of -10.5 °C (13 °F) in June to a high of 1.5 °C (35 °F) in January. The cold record is -38.4 °C (-37.1 °F).

The rest of the Antarctic Continent is continuously well below freezing, usually well below zero, even in the summer months.  See my discussion of just how cold Antarctica really is.

The picture exposes the entire fantasy reality of very expensive all-electric cars, especially if that gen-set shown below is powered by natural gas. Presumably it's in some rural area or the outback of Australia? You see, some 65% of US power comes from fossil fuels and most of the rest comes mostly from hydroelectric and nuclear.  (Wind power is a surprising 5.7% these days, with Solar power is less than 1%--see chart below.)

Then I went to GEICO, who insures my plebeian Toyota Camry, to price comprehensive car insurance for this Tesla.  The cost was $991 per 6 months or $165 per month.

You're not really saving the planet either, since most electricity is generated from fossil fuels. Also, the cost of the vehicle itself reflects the embedded energy in the manufacture of the car which is at least twice as high as an internal combustion alternative up to 3 or 4 times that cost.  So, you're emitting at least twice the CO2 emissions in buying one of the cheapest all-electric cars.  The expensive ones caused 3 or 4 times the CO2 emissions of a similar conventional car --which is reflected in it's price.  (For example, the final cost reflects the energy in mining the various materials, the refining and transporting of the materials to factories, human energy and capital in the manufacturing-which requires energy, and transport to the end buyer.  The final price reflects all of the costs of: 1) human energy, 2) electric power energy and 3) fossil fuel energy to mine and refine the raw materials and assemble each unit -- the total manufacturing and delivery process.)

The planet is OK anyway since global warming is not a huge crisis it's made out to be.  See my recent post A Summary of Climate Lies.   Elitist and/or Leftist politicians and out-of-control Central Banks are the biggest risk to you and the world. 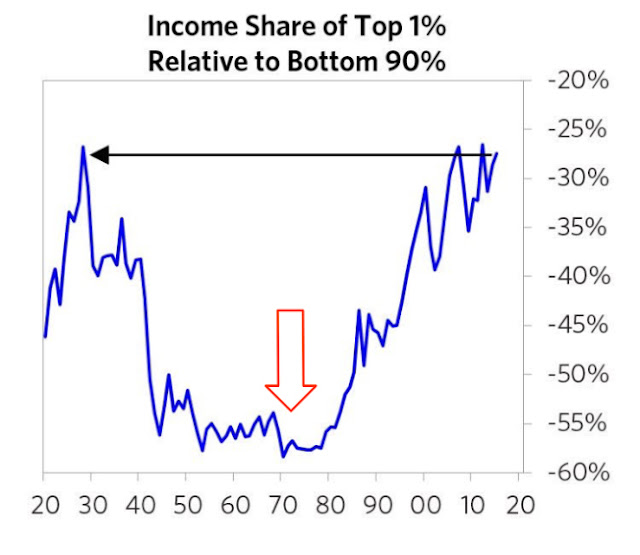 A Summary of Climate Lies; Greenland and Antarctica Are Not Melting

Everything is a lie or a false meme these days in the media, in political circles, and with the government and UN.  Here's a video presentation from well known Dr. Don Easterbrook who debunks the various lies and manipulations regarding what was formerly known as Global Warming, now "Climate Change" because warming has paused for the past 18 years. It's about an hour in length.

You can find data that you can trust at Real Climate Science.

The average temperatures of the continent are extremely low. Some 99% of the continent is continually below freezing even in their summer (January).  There is no evidence of any shrinkage in the continents ice sheet and maybe good evidence of it gaining in extent. (Source: https://www.climatestotravel.com/climate/antarctica)

Here are the average temperatures of the South Pole (Amundsen–Scott Station).
Vostok
However, the lowest temperature ever recorded in the continent, which is also the world record, belongs to the Russian station of Vostok, 3,500 meters (11,500 feet) above sea level, where the temperature reached as low as -89.2 °C (-128.6 °F) in in 1983. Here, the highest temperature ever measured is -14 °C (7 °F). This station is located near the geometric center of the continent, which is decisively indicating that continentality is a determining factor in temperature distribution, even more than latitude.
Here are the average temperatures of the Vostok station.
There are also inland areas, with no weather stations, where even lower temperatures have been measured by satellites, such as Dome A, located at 4,000 meters (13,000 feet) above sea level, where a temperature of -93 °C (-135 °F) has been estimated.

In coastal regions, the climate is much milder. This happens because of the lower latitude (in some areas, the coasts are beyond the polar circle) and of the lower altitude (unlike in the interior, where there is a thick ice cap, here we are obviously at sea level), as well as of the influence of the sea. Here, the temperatures rarely drop below -30 °C (-22 °F) even in winter, while they can exceed the freezing point in summer. The highest temperatures ever measured in the continent have been 14.5 °C (58 °F), recorded on January 5, 1974, in the former Vanda Station, located near a salt lake in the McMurdo Dry Valleys, at a latitude of 77 degrees South, and 17.5 °C (63.5 °F), recorded in the Argentine Esperanza base in March 2015 (see below).

The Australian Casey Station is located on the coast of the Indian Ocean, at a latitude of 66 degrees South. Oddly, the average temperature at Casey Station reaches its minimum of -15 °C (5 °F) in May, probably for the change in atmospheric circulation that occurs in winter, while it peaks around -0.5 °C (31.5 °F) in January.
At the Esperanza Base, located in the southernmost and warmest part of Antarctica, at the tip of the Antarctic Peninsula, at a latitude of 63 ° south, the temperature is even higher, in fact, the daily average ranges from a low of -10.5 °C (13 °F) in June to a high of 1.5 °C (35 °F) in January. The cold record is -38.4 °C (-37.1 °F).

In the interior, covered by the ice cap (Section 3 of map figure), the temperature remains around freezing or below even in summer, and it decreases with altitude. In summer, it usually snows above 300 meters (1,000 feet) above sea level. The coldest areas are the central ones, where the ice cap is thicker.  So there can't be any melting for the vast majority of Greenland!! (Sources: here,  Also: here.)