Get Ready for a Lehman's-Style Credit Crunch

Everyone has heard of the end of the world supposedly predicted by the Mayan calendar at the end of 2012.

Well, the end of our financial and economic well-being may be coming this year--by the end of 2012.  Events are playing out in such a way to climax this fall and into the end of the year.

The upcoming calamity is a complete collapse of the world of credit and banking that will usher-in something akin to the Great Depression--but perhaps worse.   Raoul Pal outlined a sequence of events in my blog that may very well result in the biggest financial crisis that the world has ever seen--the "Great Reset".   Events are now moving faster than feckless politicians can react--especially in Europe.   Europe is basically "ground zero" of the impending Armageddon.

But now, in a statement from a Bank of England policymaker and spokesman, comes a warning that the cross border liquidity crunch building in Europe is already reducing liquidity and that everyone should get ready for a Lehman's style credit collapse.   To refresh your memory, such a collapse ends with a halt of credit for trade and a seizing-up of finance across the world; where world-wide commerce grinds to a halt as in the 2008 Lehman aftermath.   The ultimate version of the credit crunch this time is that there will be no trade finance, no finance for farmers, no shipping finance,  no leasing, no bond market, no nothing.

Now from The Telegraph and Bank of England policymaker Robert Jenkins

Cheap and ready access to the liquid assets that oil the financial markets are under threat from both state-imposed capital controls and flagging confidence in the euro, Robert Jenkins, a member of the Bank’s Financial Policy Committee, told the Global Alternative Investment Management conference in Monaco.
Without easy access to liquidity, markets could seize in a re-run of the credit crunch after the collapse of Lehman Brothers, he warned.
“Those of you who traded asset backed securities in 2008 can testify to the speed with which liquidity can disappear,” he said. “Yet despite these examples, many continue to assume that ... ‘liquidity’ is free and will be freely available.
“Short-selling bans in Europe and bond purchase penalties in Brazil are a foretaste of the future. I recommend that you send your best and your brightest to the library to research state intervention in the post war period. It could come in handy. For like clean air and water, market liquidity is no longer limitless and no longer free.”
His comments came just minutes before the Bank launched its first £5bn emergency liquidity auction under the arrangements unveiled last week to protect Britain’s lenders from a crunch. At least £60bn will be made available to Britain’s banks over the next 12 months.

Mr Jenkins’ comments in Monaco illustrated the urgency of the scheme. Markets are facing another crisis due to the resurgence of “cross-border” risks in the eurozone, he warned, and a calamity will not be averted unless confidence is comprehensively restored in the single currency project.
“The spectre of cross border risk is back. Its impact is difficult to quantify but must not be underestimated,” he said. “Capital is leaving the very countries that need it – and flowing to the countries that don’t. At the same time financiers are cutting back on credit while they determine and manage their cross-border risk.
“It is not enough to contain an accident. The challenge is no less than to restore faith in the entire euro construct. Confidence must be such as to completely banish cross-border risk from financial planning.
"Until and unless this is accomplished the euro zone credit system has the potential unravel, the free flow of capital will be impaired and the economic recovery constrained."

My recommendation is that you have enough cash around to survive several months of "banking holidays" where ATM machines don't work and there will be limited access to cash.   I know it sounds crazy, and it's still not the most likely scenario, but don't say that you weren't warned.  Dollars and gold will be the great safe havens in the most extreme crunch envisioned.
Posted by Doug at 8:44 AM No comments:

In a break from 'hard news,' please enjoy the following recent vacation pictures in Thailand.  There is a blog coming in the near future about Thailand and my impressions after 15 years of visiting here.

Exercising in Lumpini Park (sorry, no picture yet of me actually exercising!) 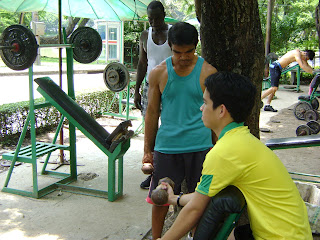 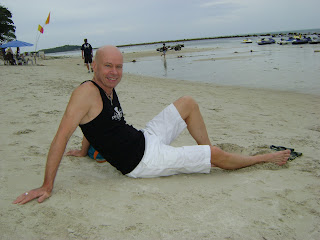 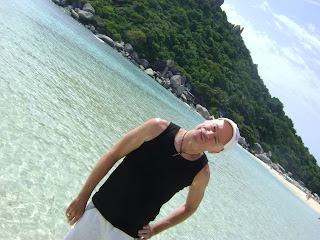 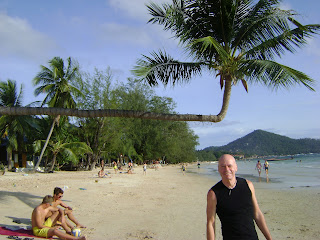 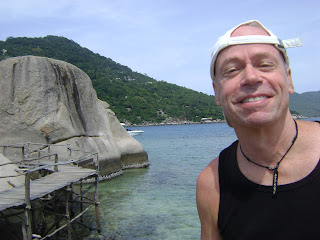 I hope you enjoyed them.  Click any/all for larger image.

The Scariest Outcome Ever Imagined

From Zero Hedge and Raoul Pal