Democratic Party Devolving Along With It's Members and Society 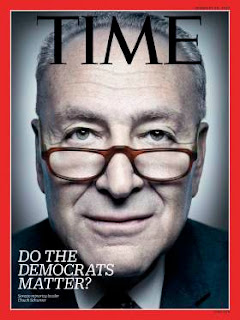 Unfortunately, the answer is no. It's because Democrats stand for nothing but phony causes, false narratives, wrong ideas and incorrect solutions to fake problems. Since they don't stand for anything, the only thing left is to lie, smear, mislead, and mis-inform. After Trump's surprise election, they've had nothing but pointless rallies and have started a fact-free witch-hunt akin to a McCarthyism to blame Russia for their own and Hillary's incompetence. All that is left for them to do is to stir up trouble.

The Democrats have basically hitched their wagons to the decaying, yes devolving, US black "community" that is mired in stupidity, crime, STDs, derelict dads, murder and a lot of really, really bad ideas. Much of this decay is caused by the Democratic Party itself.

For many Democrats, they are now the "anti-white" party in a country of 70% white persons. Black panther-want-to-be Keith Ellison was almost the DNC chair and, with his connection to Nation of Islam, Farrakhan, etc, I can only imagine what he thinks of white people. Today's epicenter of racism is solidly black in color. The previous DNC chair, Donna Brazile, was a proven liar and cheater who replaced the disgraceful Debbie Wasserman Schultz. Tom Perez is true dolt but slightly better than racist Ellison. What a bunch of losers!

Numerous members of the Congressional Black Caucus have called for impeachment of Trump mere weeks after the inauguration, showing that they are as stupid as can be imagined--only worse. These people are true useful idiots, morons and fools. Idiots!

Dems have also hitched themselves to every other falling star known to mankind. From Morons by Robert Gore:


The Dems have also hitched their wagons double-tight to other falling stars that have already blazed their brightest: the mainstream media (MSM), the intelligence community, and academia. Just like Hollywood, the MSM’s stock in trade is make-believe, and just like Hollywood the MSM’s numbers are dwindling. It shed even the pretense of impartiality this last election, destroying what was left of its credibility while pontificating on “fake news.”

Democrats hate guns and try to portray white NRA members to be a public menace, but it's black Democrats who are the public menace in every major city with a large black community. The real problem is mostly black men, at 6% of the population, who are committing the vast majority of gun crimes and felony murders nationwide. But radical political correctness (lying), another characteristic of the current liberal crowd, prevents any mention of these "inconvenient" facts.

And thanks to the great Muslim apologist Obama, the Democrats are now staunch defenders of the truly devolving Medieval Death Cult (Islam) who have killed or wounded millions of innocents and others worldwide just in recent decades alone. Substantial minorities (8 to 35%) of Muslims overseas believe in violence -- which is obvious to everyone except to Obama and all the other idiot Democrats.

Now, the collapsing, disastrous anti-white party, the Democrats are ALL about irrelevant or phony causes and all of their solutions are completely wrong. For example, at a time when the nation is careening to a debt-fueled financial supernova, Obama Dems focused on the transgendered bathroom non-issue, which might affect the 0.03% of Americans who are transgendered, These people are the very definition of irrelevant.

Another example, there is no "war on women. There is a wage gap but it's not discrimation. Essentially all of the "pay gap"is due to women's choices --- usually family-friendly choices. For example, how many women do you know work on oil drilling rigs, or in a coal mine, or drive trucks? Women aren't doing demanding and dangerous jobs. They work less hours too. The whole "war on women" narrative is bullshit.

But under Obama Democrats started many damaging REAL wars: a war on business (and jobs) by endless barrages of needless regulation, a war on police departments across the nation, definitely a war on WHITE police -- meaning they also started a race war. The entire Obama administration was about agitation, division and fake causes. The end of the Obama/Hillary administration left us nearly with REAL war with Russia over their massively failed foreign policies in general and in Syria.

Democrats are hysterical, irrational and wrong about global warming. Since they have no religion rooted in a real tradition, they worship at the altar of "climate change." Democrats and no one else seems to understand that "fixing" climate change won't be done because it CAN'T be done. Al Gore himself said that it would take $70 TRILLION just to halt any further mild effects global warming. This is so far beyond what is feasible that it's a complete joke. Even if $70 Trillion were somehow managed to be financed and the money spent, the earth might not warm any further, but no one would be able to see or feel a difference as it's so insignificant. The slightly elevated temperatures won't go down. And interest payments on $70 T would be $2 or $3 TRILLION per year. This is the entire US Federal tax revenue collected in a single year! Can't happen!

Democrats hate fossil fuels but, by they oppose any nuclear power opportunities like Thorium MSRs showing they are ill-informed, irrational, anti-progress and wholly unfit to govern!

Free college was basically the only proposal by Hillary or Bernie this past election (other than more government spending, or as they say "investment"--which is bullshit).  But the US government has already vastly inflated college tuition caused by vast amount of Federal loan money flowing into colleges, universities and for-profit schools.  All this money has allowed a vast increase of unqualified kids attending college. It resembles a welfare scheme to keep kids busy because there are few jobs, but an entire generation of young people is now saddled with debt. Over half of these kids aren't even performing at 12th grade academic levels. Some 80% of black kids and 50% of white kids don't measure-up to even 12th grade proficiency levels and therefore probably don't belong at college at all--- unless you think that college should function as remedial high schools. And, yes, colleges are happily taking the money, jacking up tuition fees and are more than happy to be glorified high schools.  But both Hillary and Bernie want even more unqualified kids in "college" through unfordable "free college" promises. Never mind that student loan money has already inflated the cost of college to the moon and priced-out the next generation of students, Hillary and Bernie want even more of the same!!  Fools!! Morons!

Democratic "leaders" show false rage about wealth inequality, but they themselves are millionaires and beneficiaries of millionaire donors. These fakers never mention the out-of-control Federal Reserve (and out-of-control govt spending) that is creating wealth inequality. The truth is they really don't care and don't have a clue either.  Cuba has done a fine job of solving the wealth inequality "problem". After 50 years of glorious revolution, the average wage in Cuba is $25 PER MONTH but the Castro brothers have $billions. Socialists/Democrats want this for America.

ObamaCare was a pack of lies. Every argument for the law was a lie and they knew it. Our national government is failing at everything, but Democrats still want more government. All the entitlements and pensions are rapidly careening to disaster as the worker-to-beneficiary ratio collapses. Debt keeps rising much faster than the economy and financial crisis is nearly assured. Lax immigration policies in our dangerous world is literally insane, but "open borders" are the platform of the Democrats. Democrats see as worthy martyrs the likes of thug Michael Brown in Ferguson or Eric Garner despite that those guys proven to be thug-ass criminals.

Hillary, Schumer and Bernie and all the rest are just morons with no real solutions and don't even acknowledge or understand our real problems.

Democrats are devolving right along with their constituents and our society. It's no wonder that they are no good.
Posted by Doug at 9:59 AM

All true, but you forgot to mention one important thing - the problems plaguing this country are equally attributable to career politicians in the Republican party. Establishment hacks like McCain, Graham, and Rubio are just as destructive to this country.


The establishment tries to get us fighting amongst ourselves to take the focus off of them. As we head into the "big reset" I hope people will remember we are Americans first, not D's and R's.

This will be the battle of our lifetime - http://twistedlittlethings.com/tlt/2017/03/15/the-battle-of-our-lifetime/