The "social contract" in America is a two part agreement. The first part is where citizens agree to be governed and support a government for the enumerated Constitutional purposes of maintaining civil government, maintain the rule of law, level the playing field, maintain law and order, provide defense and postal service, etc.  This is the 'consent of the governed.'  The second part of the contract is that the government has an obligation to the citizens to promote and support the rule of law per the Constitution, keep the playing field level (no one above the law), to spend taxpayers resources wisely, and to function with a minimal corruption.

There are many valid arguments that this 'contract' is either broken or frayed.  Here's some of the valid complaints:
It's true that income inequality has increased in recent years. But Smith says that it's not the inequality that is a problem per se but the feeling of the people that the income earned is done so unfairly with the help of loopholes in laws and tax codes, high level connections, etc

From the Charles Hughes Smith's blog, 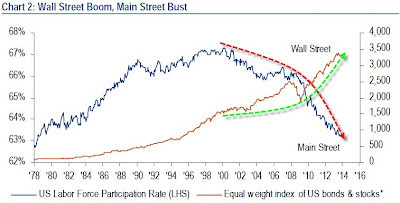 The Social Contract is broken not by wealth inequality per se but by the illegitimate process of wealth acquisition, i.e. the state has tipped the scales in favor of the few behind closed doors and routinely ignores or bypasses the intent of the law even as the state claims to be following the narrower letter of the law.

By this definition, the Social Contract in America has been completely smashed.One sector after another is dominated by cartel-state partnerships that are forged and enforced in obscure legislation written by lobbyists. Once the laws have been riddled with loopholes and the regulators have been corrupted, “no one is above the law” has lost all meaning.


More evidence that our economic life is rigged in favor of the "connected" is presented in some graphs below from Burning Platform Blog: 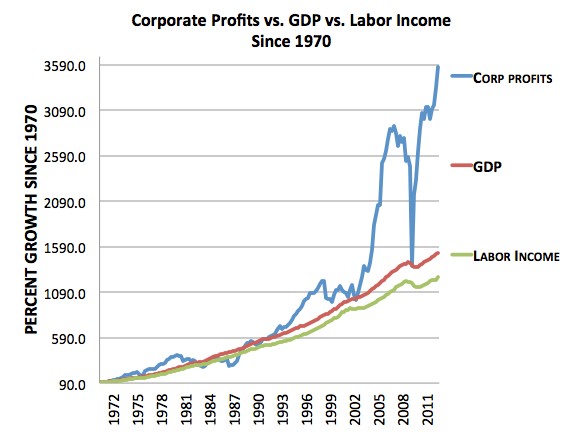 Meanwhile Labor is under pressure from the de-industrialization of the US over the past 2 decades and the competition from extremely low wages abroad. 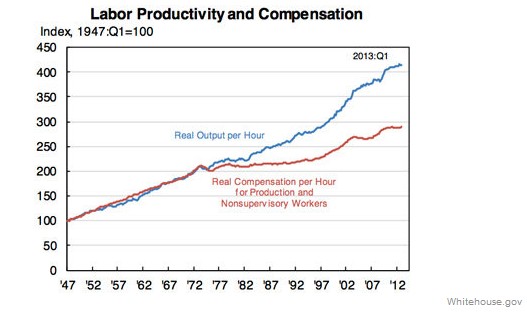 Top 1% income share is as high as the roaring 1920s when bubbles blew-up in that decade too and ended in the great crash of 1929. 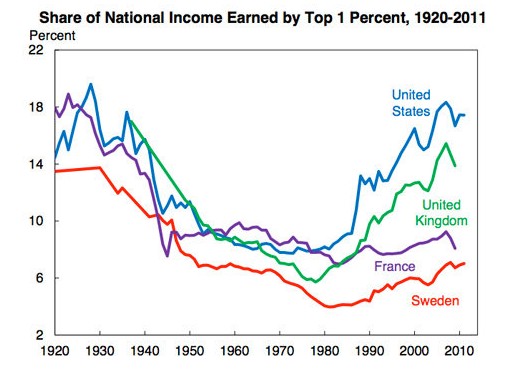 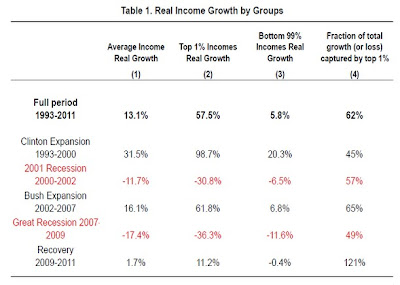 
Whenever there is a really big problem, you are correct to look for the involvement of your Government.  Some reasons for income inequality and breakdown of the fair relationship of labor to corporate wealth is as follows:
I've written extensively about solutions to problems where the government has either created the problem and/or could be the solution.  See my blog series starting at Solutions to Big Problems.  Also see my blog about the problems with booms and busts associated with the Federal Reserve.   None of the problems with the financial system have been fixed which means that more crises economic downturns are coming -- hurting the most vulnerable.  Also see the Real Reasons of Income Inequality.

I think that the 'breaking' of our country's social contract is mostly to blame for Romney's defeat in 2012 (and the Republican defeat in 2008).  Romney would have likely been better for the economic recovery but I don't think Romney really understood the "broken social contract" that we're discussing in this blog.

Meanwhile, the Obama administration is focused on even more government intervention into the economy when it's results have proven not to work well---similar to the situation in the late 1970s in the Carter administration.  Expect no real improvement in the US economy as long as Obama is in the White House as all parties on both sides are stuck in ideological intransigence.
Posted by Doug at 7:18 PM

I haven't checked in here for a while since I thought it was getting boring,
but the last several posts are good quality so I guess I will add you back to my everyday bloglist.
You deserve it my friend :)